Customized care you need to get better and stay better

ABOUT EXPRESS CHIROPRACTIC IN FRISCO

Express Chiropractic in Frisco is a family owned business dedicated to making it more convenient to get the customized care you need to get better and stay better. 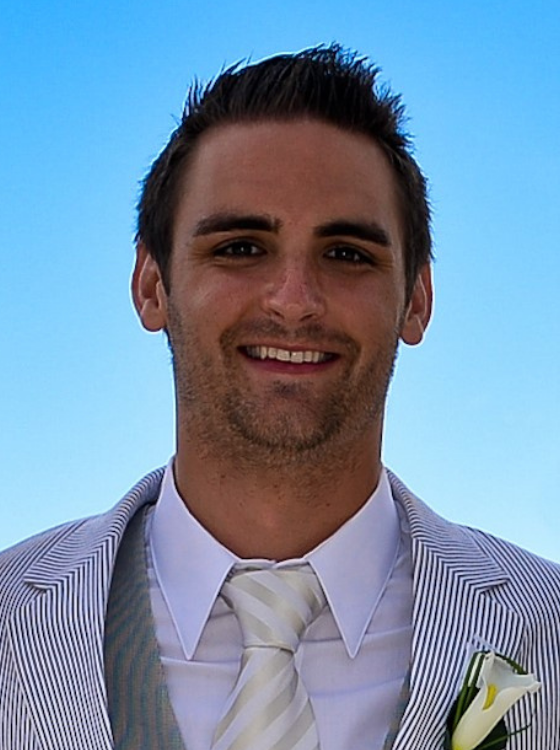 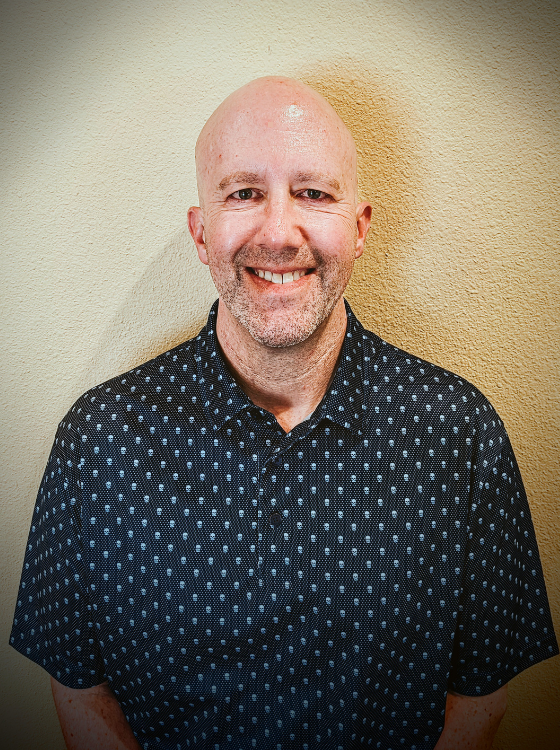 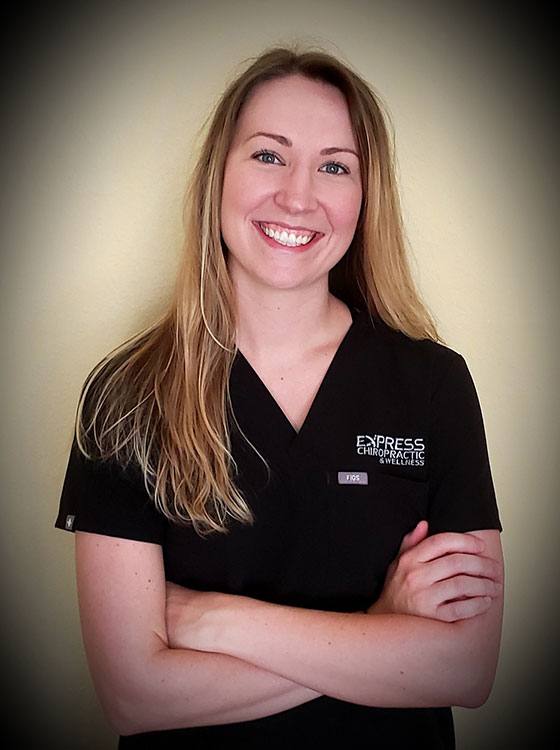 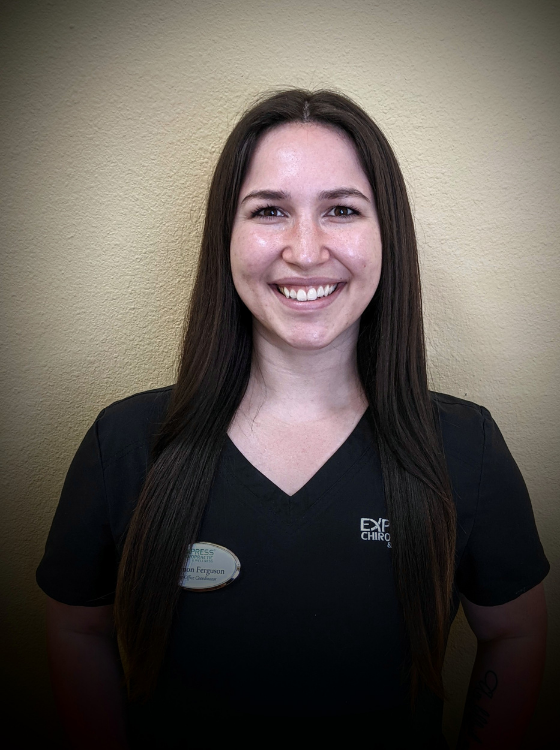 After knee surgery at a young age, Dr. Mike’s ability to walk was impacted which led to intense lower back pain during his teenage years. His parents decided to try a local chiropractor after traditional care proved ineffective. Dr. Mike received care from an excellent chiropractor and the man that would eventually become his mentor and a big part of why he decided to be a chiropractor.

Through the incredible benefits of chiropractic and Dr. Mike realized this was a much better alternative to taking medication daily. After his initial care he continued getting maintenance checkups throughout his high school and college career.

Not only did it help him stay pain-free, but he noticed several unexpected benefits like being less sore after soccer games, improved allergies and even being sick less often. It was during this time period he decided a life of helping others was the right path for him.

And now, he has been working as a chiropractor for over 10 years, just as he was hoping to do all those years ago.

Dr. Mike went to school for his undergraduate degree at The Pennsylvania State University.  He obtained his Doctor of Chiropractic Degree at New York Chiropractic College in 2010.

He currently lives in Carrollton with his wife, Ashleigh, daughter, Bianca, son, Remick, and two dogs, Kyro and Shipper. 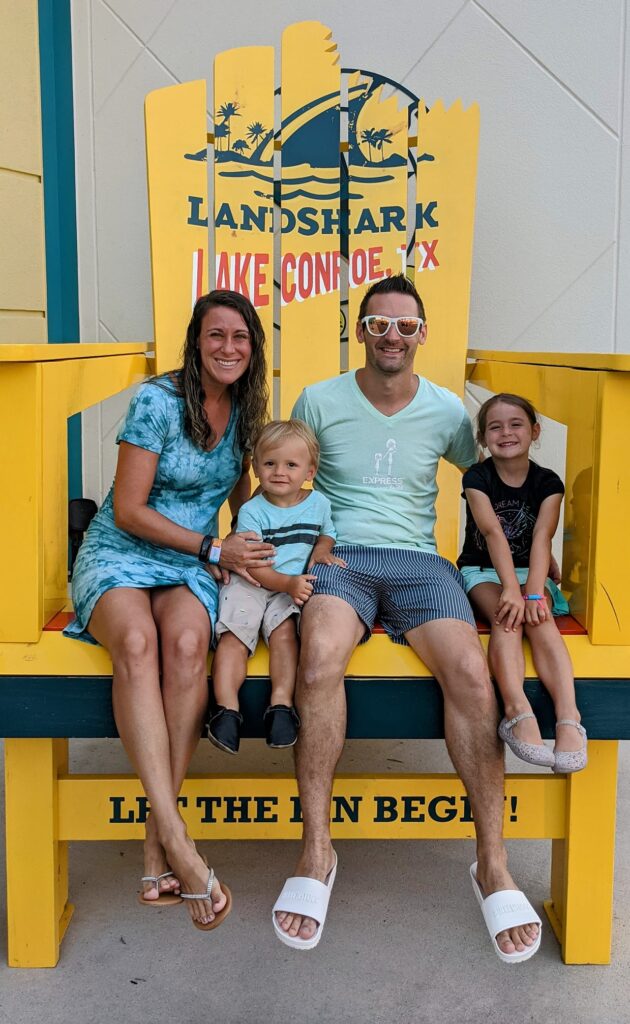 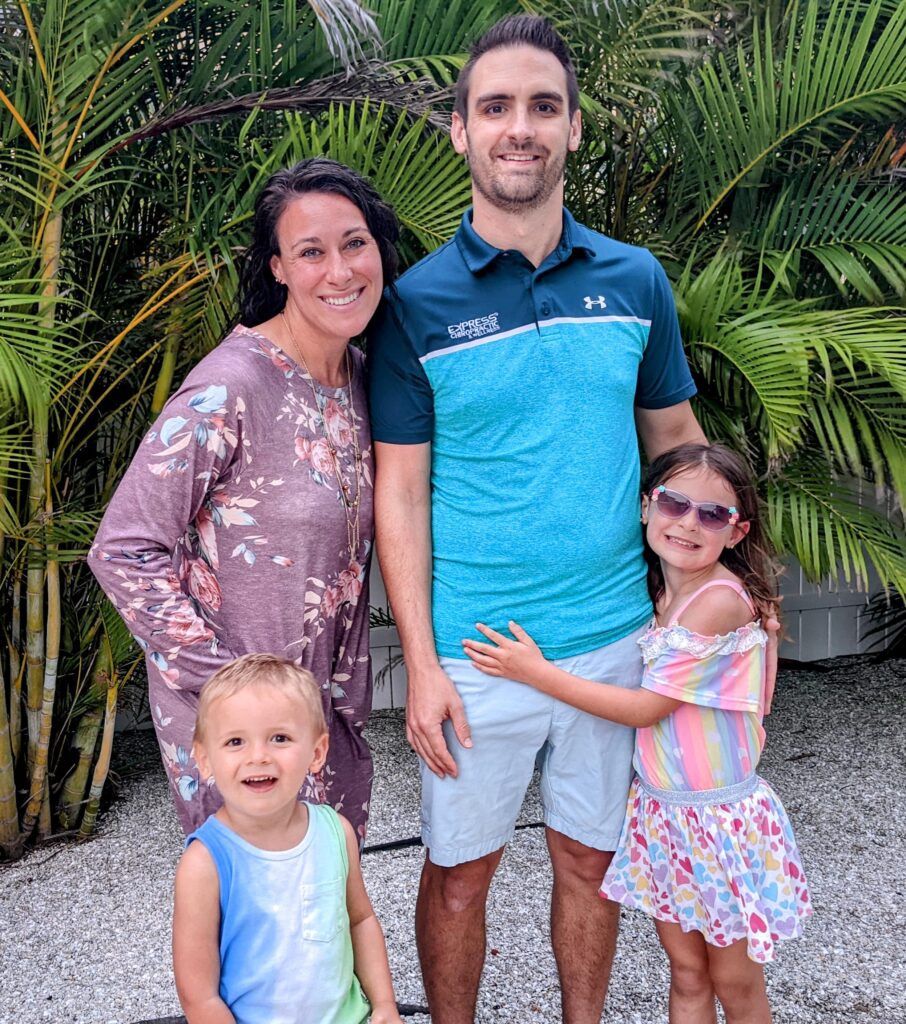 Dr. Mike & Family
This is my wonderful family on our first “spring break” trip since having a child in school!

“I love helping people and giving back to my local community through the care and advice I provide.”
Dr. Mike Vilello – Owner Express Chiropractic of Frisco

Why do I even need to take supplements in the first place?

Health experts agree that a healthy diet is the largest factor for maintaining a healthy body, strong immune system and reducing diseases such as diabetes, heart disease and arthritis.
High quality supplements are designed to help fill the void where a proper diet is lacking.

Why doesn’t Express carry this line of products in the office?

Because these products are more natural than most they have a shorter shelf-life so it is hard to keep the right amount in the office.  Also, it is so easy to order exactly what each patient needs directly through their site! Express Chiropractic & Wellness was created to be less complicated than an office where insurance and appointments are needed. It is also designed to keep a steady flow through the office and not cost an arm and a leg to get the care you need. By having a smaller sized office we keep our fees lower. By not taking extra time to educate patients on supplements that would be sitting on our shelves, we ensure the office flows as time efficiently as possible.

Yes, they have a select few supplements for overall health and joint health for dogs and cats.

Chiropractic is a word that simply means ‘done by hand.’ Originating in the late 1800’s in the United States, it has become a well accepted and documented treatment type to help align spinal bones that lose proper motion and alignment resulting in pain and other symptoms.

Chiropractic care is considered to be safe, as evidenced by a New Zealand government study and others. It was added to the 2017 American College of Physicians Guidelines as an approach of choice for people experiencing lower back pain.

You should notify your chiropractor of any pre-existing disease or illness such as strokes, rheumatoid arthritis or unstable joints so the treatment that may affect these issues can be avoided or modified.

What conditions can Express Chiropractic & Wellness help me with?

The only condition we diagnose and treat is Vertebral Subluxation Complex (VSC).

The VSC is defined as improper spinal bone alignment and motion and the associated muscle tension, joint inflammation, nerve interference.

The results may be symptoms such as back pain, neck pain, headaches, sciatica, sleep problems, posture issues, low energy and more.

Why don’t you take insurance?

As insurance deductibles and copayments continue to climb, at Express Chiropractic we have eliminated the hassles of using insurance by setting our prices below that of most copayments.

Do I need an appointment on the first visit?

The good news is we are good at what we do!… But that means sometimes we get pretty busy.

For first time customers we recommend you call the location you are planning to visit to ensure we are still taking new patients for the day and so the Express team can help direct you towards less busy times of the day. If you are going to walk in try to arrive at least an hour of closing time for lunch or for the evening.

*Once you are established in our office you can always just walk in to any location.

What is an adjustment?

An adjustment is a specific light to moderate force by hand or with an instrument into any joint in the body. While most people think of an adjustment taking place on the spine, they are equally effective in other areas of the body such as ankles, shoulders and elbows.

What is Muscle Relief Therapy (a.k.a. Express Massage)

Muscle Relief Therapy is a deep (to your individual tolerance level) massage and stretching combination that is administered to the specific area or areas where you are needing help getting the muscles to relax. The therapist may use any one of the following techniques during the session…

MRT is a very quick and effective stand-alone service and also great post-adjustment.

Are you a licensed chiropractor interested in owning and operating an all cash chiropractic wellness care office? A practice where patients are coming in for maintenance spine checks because they understand the value of ongoing wellness care. That is the foundation of the Express Chiropractic & Wellness business model.

Express Chiropractic & Wellness has a name and business model that largely markets itself which means you spend less time marketing your office and more time doing what you went to school for… Providing chiropractic care to as many people as you can in your community.

Leave behind the hassles of insurance, accounts receivable, claim denials, missed appointment follow up, tedious notes and everything else associated with a traditional chiropractic business model – Join a team of Chiropractic Entrepreneurs with a common vision of getting more people under routine chiropractic care.

Benefits of partnering with us include:

If you share our vision of getting more people under regular chiropractic checkups while growing a busy practice that truly becomes a valuable asset over time, then click the Learn More button below and check out the video. We will see you on the other side!

Express is a growing chiropractic franchise brand owned and operated by chiropractors that have a passion for helping others. As part of that commitment, Express Chiropractic LLC donates 5% of all profits to kids in need. At Express we focus on our Customers & our Community.

Chiropractors and Massage Therapists ready to help you.